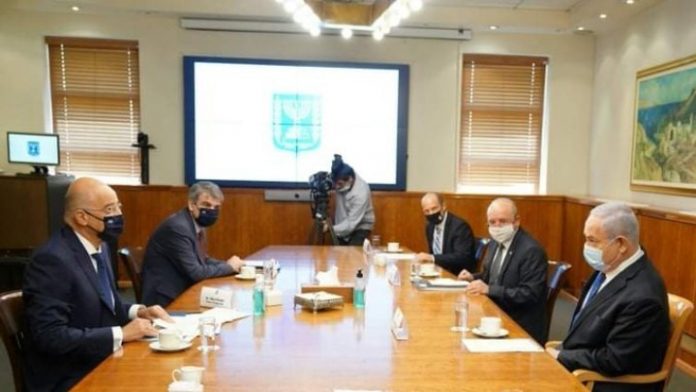 Turkey’s illegality endangers all countries of the region, in terms of security and stability, Greek Foreign Affairs Minister Nikos Dendias said in his separate meetings in Jerusalem with Prime Minister Benjamin Netanyaju and with his Israeli counterpart Gabi Ashkenazi on Thursday.

In a statement after the conclusion of the meetings, Dendias said that he had the opportunity to thank Israel for its clear statement and stance on Turkish illegal behaviour in the eastern Mediterranean.

Concerning his meeting with Netanyahu, Dendias said that he conveyed a message from Greek Prime Minister Kyriakos Mitsotakis.

Apart from the Turkish violations in the eastern Mediterranean, the FM also spoke extensively with Ashkenazi and Netanyahu each on issues of energy security, with emphasis on the EastMed pipeline.

He also spoke of enhancing and expanding relations between the two countries, and noting that their bilateral relations are at their best, while they also discussed economic opportunities opening up at bilateral or multirateral level among Greece, Israel, Cyprus and the US, as well as other countries of the region. 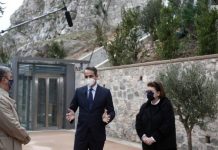