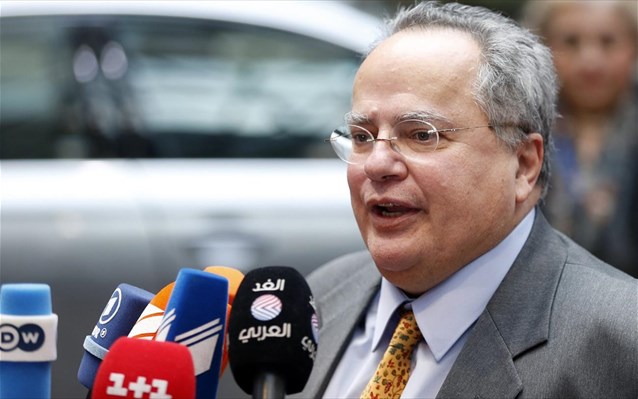 Kotzias was speaking at the EU Foreign Affairs Council meeting in Brussels, where he presented Greece’s positions concerning recent developments in Turkey and relations its relations with the EU.

“The EU must talk in a way that is understood by Turkey and not to send messages that we do not want to have relations with the country – that is, must not send false signals,” he told his counterparts.

“We must clarify and insist that relations between the EU and Turkey must be based on international law, international rules and the European acquis, which includes respect for international treaties and Europe’s borders. This doesn’t just concern Turkey, but anybody who raises issues in the Balkans and the Eastern Mediterranean about regional borders,” he added.