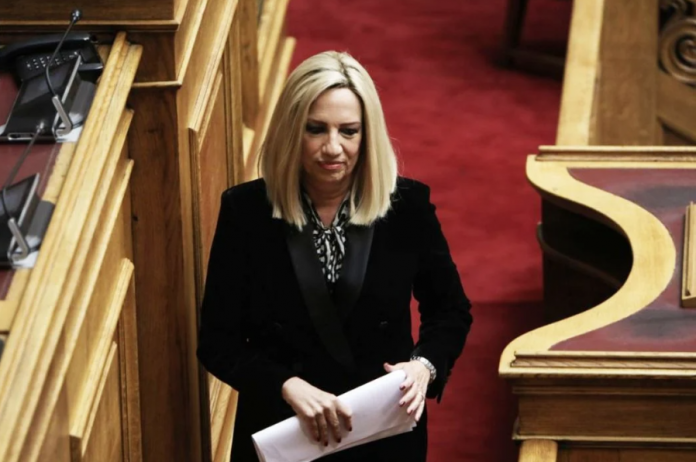 The president of KINAL, Fofi Gennimata, died at noon on Monday, at the Evangelismos hospital, where she had been hospitalized since October 12 after the recurrence of her basic disease.

With an announcement, Evangelismos Hospital made the event known: Today 25/10/2021 at 12:04 pm at Evangelismos Hospital, the President of KINAL Fofi Gennimata passed away after a long battle and despite the efforts of the attending physicians. We express our heartfelt condolences to her family.

Fofi Gennimata was born on November 17, 1964 in Ampelokipi, Athens and was the daughter of Giorgos Gennimata, a founding member and minister of PASOK.

She attended the Kosteas Geitonas Schools and then studied political science at the University of Athens, from where he graduated in 1987, while in 1986, before graduating from the University, she had been appointed an employee of the National Bank. At the age of 51, she was already a prematurely retired banker, something for which she has been criticized.

This pension was suspended because she was a Member of Parliament.

She had been married twice and has three children. Fofi Gennimata’s first husband was Alexandros Dekas, whose company in 1994 undertook from Ktimatologio SA to implement the Greek cadastre compiled for the first time.

They got married when Fofi was 22 years old and together they had a daughter. Her second husband is Andreas Tsounis, whom she married in 2003.

A. Tsounis is a dentist who worked at the Hellenic Red Cross hospital Errikos Dunan, from where he resigned in 2014, the year it passed into the hands of Piraeus Bank. Together they had a daughter and a son.

In 2008 she was diagnosed with breast cancer. In the period 1982-87 he participated in the PASOK student group of PASOK.