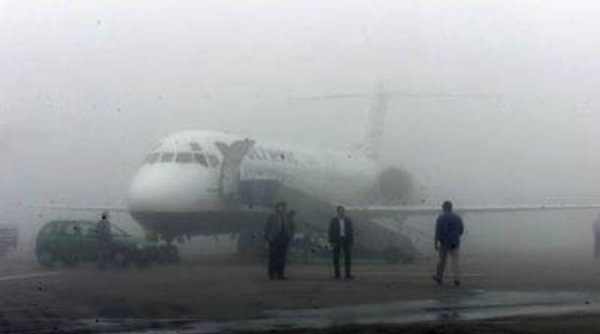 Dense fog covered Macedonia Airport in Thessaloniki early on Thursday morning. The low visibilty, caused by lack of winds and high temperatures, resulted in the cancellation of two flights while delays are in the scheduled arrivals or departures.

Early in the morning the visibility did not exceed 200 metres. Meteorologists said that the fog will lift by noon.