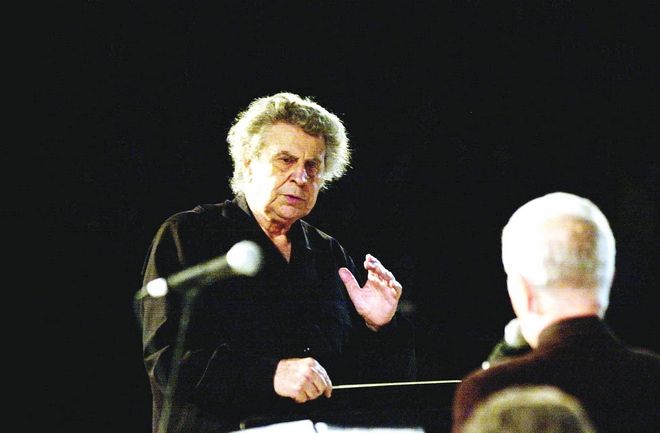 The news of the death of Mikis Theodorakis could not, of course, leave the big foreign media unmoved, as the fame of the deceased had crossed the Greek borders for many decades.

The world’s largest media outlets make extensive references to his life and career. 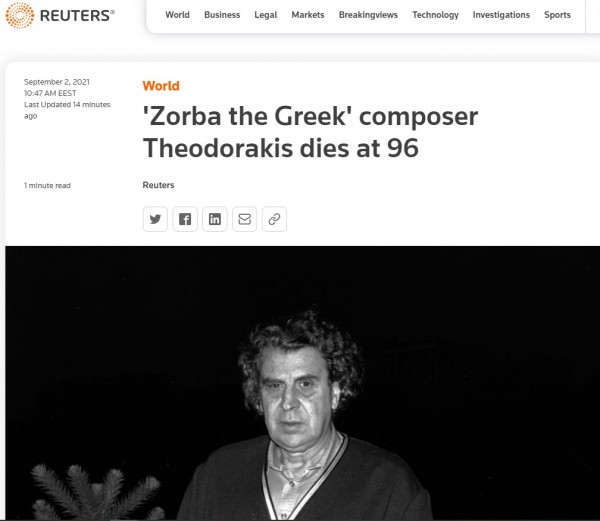 Under the headline ‘Zorba the Greek’ composer Theodorakis dies at 96, the Reuters news agency briefly refers to the life of Mikis Theodorakis.

In fact, he mentions him as “the tall man with thick wavy hair who longed for a progressive, democratic version of communism.” 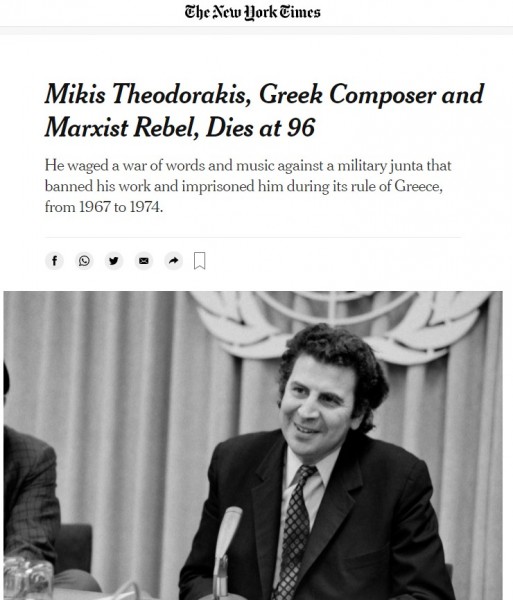 The “New York Times” focuses on Mikis Theodorakis’ struggle against the junta “which imprisoned and exiled him as a revolutionary”.

Among other things, they mention an interview that Mikis Theodorakis had given to the American newspaper in 1970, where he said: “I always lived with two sounds – one political, the other musical”.

German media: “His music was considered a consolation, but also a sign of resistance 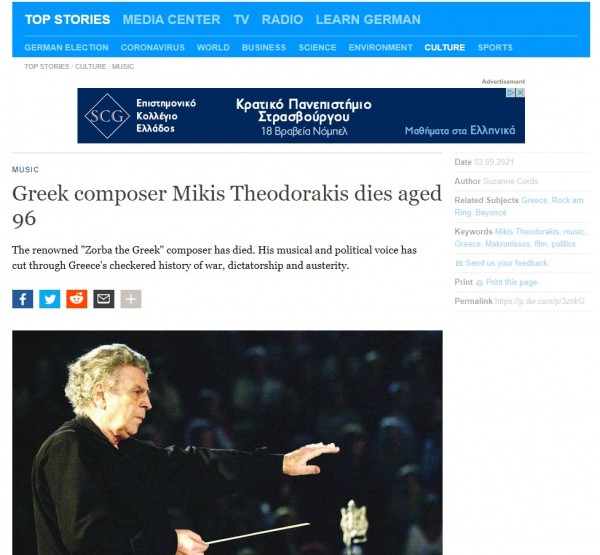 The news of the death of Mikis Theodorakis has been dominating the German media for some time now, which refer to both the artistic work and the political action of the great Greek creator.

“Theodorakis was considered the most famous composer of Greece in the 20th century. “Especially his music for the movie” Alexis Zorbas “and” Canto General “with lyrics by Pablo Neruda made him world famous”, reports the German Radio on its website, while Focus magazine talks about the death of the music creator for the “Syrtaki”.

“No one else has managed to interpret the Greek mentality in such an original way and make it known to the whole world. But Mikis Theodorakis was not just a composer, a musician and a conductor. He was a resistance fighter and a politician “, the magazine notes and quotes biographical data of the composer, while he emphasizes that in Greece the media have stopped the flow of their program and are promoting special tributes.

“He is one of the greatest composers in Greece. “Mikis Theodorakis, who wrote film history with the music for Alexis Zorbas, died at the age of 96”, writes the newspaper Die Zeit and refers to the status of “hero” that Theodorakis enjoyed in Greece. “For many Greeks, Mikis Theodorakis was until today the voice of the people. His music was considered a consolation, especially in historically difficult times, such as the military dictatorship, but also a sign of resistance,” the newspaper added.

The news of the Greek composer’s death was also reported by the first channel of the German public television ARD, with the highlighting of the political action of Mikis Theodorakis especially in the effort to improve the Greek-Turkish relations.

Italian media: “Symbol of Greek culture, dedication of its life to music and politics” 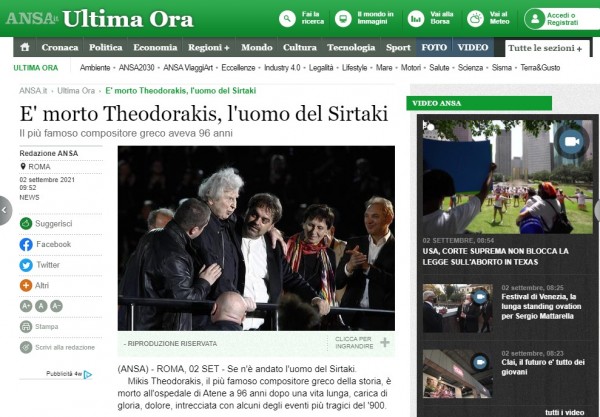 The death of Mikis Theodorakis is also the first news in the Italian media.

“Mourning, left Mikis Theodorakis, the composer of “Zorba” who created the sirtaki dance. “The most famous Greek composer of all time, died in a hospital in Athens, at the age of 96, after a long life, full of honor, pain, intertwined with some of the most tragic events of the last century,” writes the Italian news agency Ansa.

The newspaper La Stampa, in its electronic edition states that “Mikis Theodorakis was a symbol of Greek culture” and “dedicated his life to music and politics”.