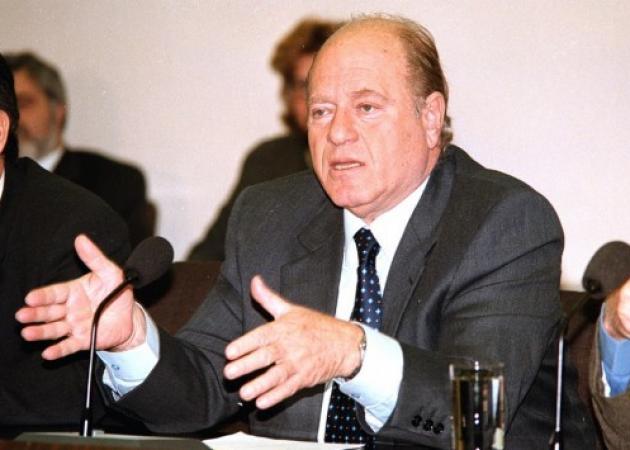 reek politician Gerasimos Arsenis, who had served at different ministries under several socialist PASOK governments, passed away at the age of 85 on Tuesday in a private hospital, where he had been admitted about a month ago.

Arsenis, who was married to the current head of the National Bank of Greece, Louka Katseli, had held the posts of minister of Finance, Education and National Defence between 1984 and 2000. From 1981-1984 he had also served as governor at the Bank of Greece.

He was born on the island of Kefalonia in 1931 and studied Law at the University of Athens and Economics at MIT.