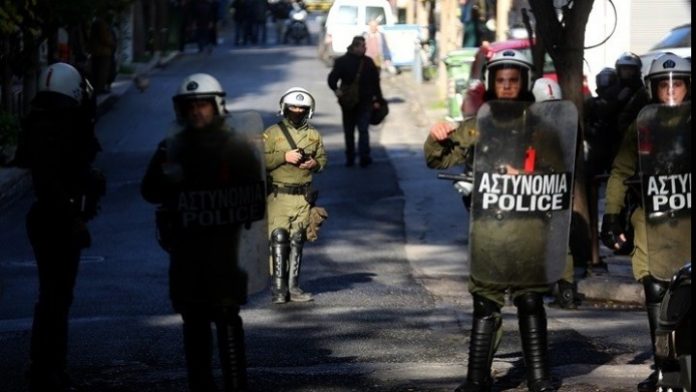 An emergency preliminary investigation was ordered over reports of police violence during operations in Koukaki, a southeast neighborhood of Athens, by the chief prosecutor of Athens’ district courts Vangelis Ioannidis on Thursday.

The prosecutor ordered the judge assigned to the case to collect and review all material in order to determine if any criminal offenses were committed by police, including grievous bodily harm.
Court sources mentioned that during Wednesday’s operations to evacuate squatters, three prosecutors accompanied police during home searches in Koukaki, which they said were conducted according to the law.

On Tuedsay Greek police spokesperson Theodoros Chronopoulos stated that when the police officers arrived at the Matrozou street building they were attacked from above with stones, sticks, fire-extinguishers and other objects. Police broke down the central door and stormed into the building, arresting one person, while another jumped onto the roof of an adjacent building and was also arrested shortly afterward.

A third person was arrested and charged with attempting to take a police officer’s gun.

Chronopoulos said police made serious “finds” while searching the occupied buildings. He said that that operation was fully in line with legal procedure and conducted in the presence of a prosecutor while photos that have appeared, allegedly from the operation, are misleading. The arrested parties have been taken to the Attica Police headquarters. where approximately 50 persons have gathered in their support.