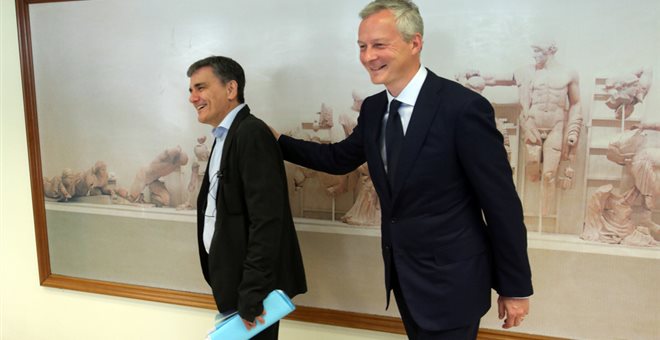 French Economy Minister Bruno Le Maire expressed optimism after a meeting with Greek Finance Minister Euclid Tsakalotos that “we are not far from the agreement and the next two days we will pave the way for an agreement at the Eurogroup.”

Le Maire congratulated the Greek people on the difficult decisions taken adding that “the reforms are difficult but also necessary. We will do our best to reach an agreement.”

On his side, Tsakalotos said that “we will try along with Le Maire to have the best possible result in three days.” He also thanked him for France’s help and congratulated him on his success in parliamentary elections yesterday.

According to sources, the French minister brings to Athens a proposal for a growth clause in debt servicing in an effort to reach a compromise between Germany and the IMF.