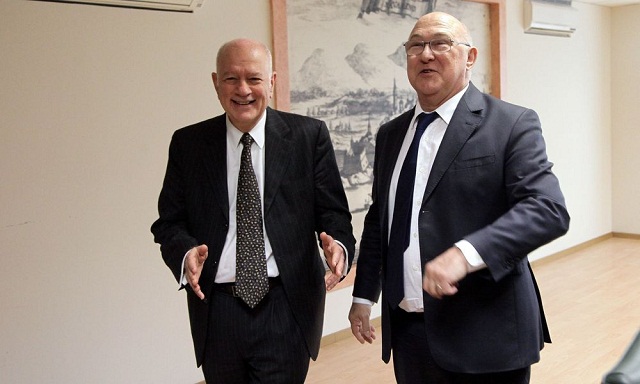 Greece’s lenders should not ask Greece to implement more austerity measures, though the country must implement reforms to help the economy, French Finance Minister Michel Sapin said on Friday, after a meeting with Economy Minister Dimitri Papadimitriou in Athens.

“We cannot ask Greece for more measures and austerity. However, reforms must be completed to benefit the economy and competitiveness and to boost employment, mainly for small and medium-sized businesses which constitute the backbone of Greek entrepreneurship,” he said.

Sapin welcomed the efforts of the Greek government, saying it was the first time he saw a strong will and ability on Greece’s side for reforms in the country.

“The policy followed has already had positive results, the targets have been exceeded on a fiscal level and everything indicates the country will soon enter a path of growth,” he added.

The French minister stressed the need for Greece to return to the international markets and said his country will help in surpassing any difficulties and entanglements. Sapin told Papadimitriou the French business community in Greece has faith in the country’s abilities and intends to develop and invest further to help the economy.

On his side, Papadimitriou recognised France as an important ally for Greece during the crisis and thanked Sapin for his support.

“The government remains committed to the structural reforms the country needs,” he said during the meeting and briefed the French minister on the government’s efforts to attract investments and reverse the unemployment trend.

He also discussed the need to increase Greek exports to France and improving bilateral trade relations.
“We’re working to help the economy recover and employ all necessary growth tools that will take the country out of the vicious circle of recession,” he added.