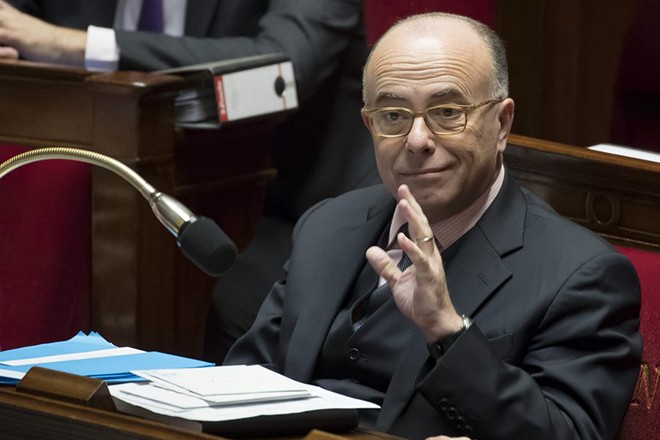 French Prime Minister Bernard Cazeneuve is arriving in Greece on Thursday night for what is his first and likely last trip abroad, three months after he became French prime minister on December 6. He will be accompanied by French Economy and Finance Minister Michel Sapin and Secretary of State for European Affairs Harlem Desir.

Cazeneuve will meet his Greek counterpart Alexis Tsipras at noon on Friday, at the Greek premier’s offices in the Maximos Mansion. They will then have a working dinner, joined by the Greek and French ministers of finance, economy and European affairs.

At 14:00 on Friday, Tsipras and Cazeneuve will hold a joint press conference and at 14:40 he will be received by President of the Hellenic Republic Prokopis Pavlopoulos at the presidential mansion.
Before meeting Tsipras, the French prime minister has invited French business people based in Greece to a breakfast meeting at the French Embassy in Athens on Friday morning.

He will then take part in a meeting organised by France’s immigration and integration service (OFII) regarding the asylum seekers that are due to be relocated to France in March, at the Novotel Hotel in Athens. At the end of the meeting, Cazeneuve will be available to talk to accredited reporters.

The French prime minister is due to visit the French School and French Institute on Friday afternoon and devote some time to French correspondents and the journalists that came with him. At 17:00 he will attend a reception at the French Embassy, before departing for the Athens airport at 18:00.

Sapin is scheduled to have three meetings during the visit, including a morning meeting at 10:30 on Friday with his Greek Finance Minister Euclid Tsakalotos and another at 11:10 with Economy and Development Minister Dimitri Papadimitriou. At 15:00, Sapin is due to meet Bank of Greece Governor Yannis Stournaras.