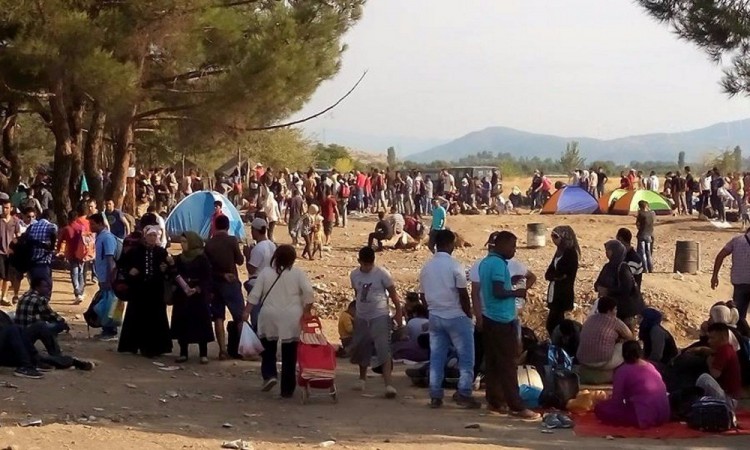 The EU border agency Frontex on Thursday announced an agreement with Greek authorities to expand its activities on the land border between Greece and the Former Yugoslav Republic of Macedonia (FYROM), assisting with the registration of third country nationals that illegally entered the country as refugees and would-be economic migrants heading for northern and western Europe.

Frontex officers will start to be deployed next week, the announcement said, and a joint field visit will be carried out by the Greek authorities and Frontex to work out technical details of the deployment.

“It is crucial that all migrants entering the European Union are properly registered. Migrants at Greece’s northern border will be checked and those found not properly identified will be registered,” said Frontex Executive Director Fabrice Leggeri.

The strengthening of Frontex’s existing operation on the Greek islands and assistance in the registration and fingerprinting of migrants at Greece’s land borders were among the conclusions of the Western Balkans Route Leaders’ Summit in October, the announcement said.

Frontex noted that the agency is already assisting Greek authorities in identifying and registering incoming migrants.

“The agency currently has 195 officers on the Aegean islands most affected by migratory flows, identifying migrants and collecting intelligence about people smuggling networks. Just in the hotspot on Lesbos, Frontex currently deploys 83 officers.

In October, Frontex called on Member States to provide 775 border guards for its activities, with 600 to be deployed in Greece. Member States have so far offered 447 officers.”