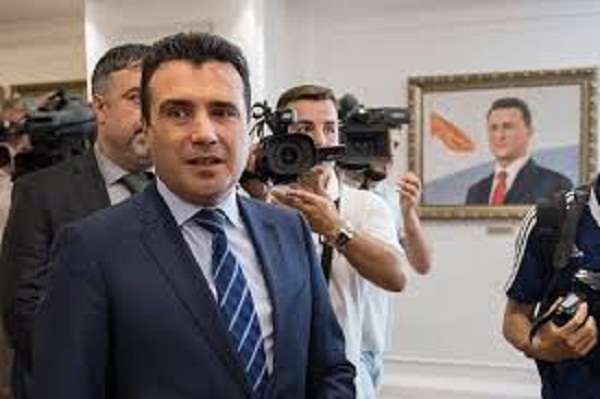 FYROM Prime Minister Zoran Zaev expressed his commitment, in an exclusive interview with Athens-Macedonian News Agency (ANA), to building a friendly relationship with Greece based on mutual trust, that will facilitate a resolution to the issue of his country’s name.

Zaev directly called for “support and help from Greek citizens and, naturally, through institutions, from the Greek government, the opposition and the Greek Parliament.”

The naming issue “is a delicate issue and is not easy for the Greek politicians, either,” he noted but he expressed willingness “to try to understand each other and encourage a resolution that will be mutually acceptable.” This he said would place a priority on “caring more for our future than for our past.”

In his interview, Zaev said that there is no alternative for FYROM but membership in the EU and NATO, and asserted that his six-month-old government is exerting immense effort towards fundamental reforms, especially in justice, public administration and education, while in foreign relations it gives top priority to improving relations with neighbors.