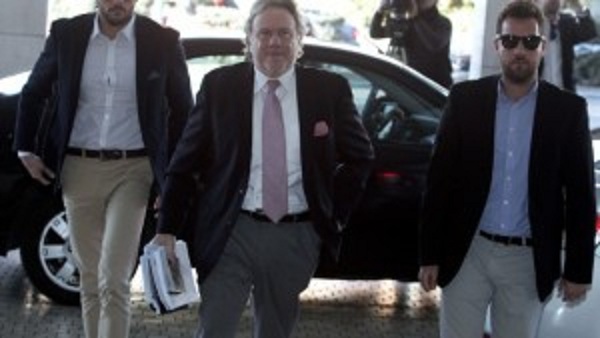 In spite of pressure from the International Monetary Fund (IMF) the discussion on further pension reform will not open again, Labour Minister George Katrougalos said while speaking on the radio station ‘Alpha 989’ on Wednesday.

“The IMF is not happy. It wanted blood and we didn’t give it any. Everything we did in the reforms had a leftist hallmark and left sensitivity,” Katrougalos told the radio station. The IMF did conform to a European social model and would be isolated, as it was the previous time, he added.

“The more extreme ask for extreme things and insist,” Katrougalos noted, and also ruled out any reduction of the tax-free allowance, saying there was no issue concerning the tax system.

“The government is trying to pass social measures on a national level. With respect to social insurance, for example, we succeeded in neutralising the negative things that were taken for granted, via the national pension and other measures that we took,” he said.

According to the labour minister, the social insurance system had been in a state of “chaos” when the present government took over and had run up such high deficits that the government had been forced to adjust the highest pensions downward. “It is unfair that we should be criticised for the chaotic situation we found,” he added.

Regarding wages, Katrougalos said the aim was to improve wages through collective bargaining. Wages had fallen to a level where people earned next to nothing and this inevitably dragged pensions down as well, he pointed out. “We need to break this vicious circle. We guaranteed that no one will fall below 1,300 euros gross in pensions but there are much worse situations. An issue of survival arises when workers receive 100 euros a month. Our aim is to have decent wages,” he said.