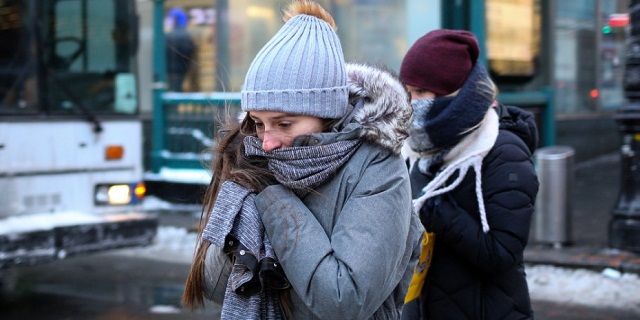 Temperatures plunged, falling below zero in many parts of the country, and sea transport was disrupted as the weather system “Chioni” arrived in Greece, bringing gale-force northerly winds reaching up to 9-10 Beaufort. .

According to the National Observatory of Athens weather service meteo, the lowest temperatures outside of ski resorts were recorded in Agios Pavlos, Imathia (-5.8C), Vlasti in Kozani (-5.6C), Kleisoura in Kastoria (-4.9C) and Pertouli in Trikala (-4.4C), as well as Mount Parnitha in Attica (-4.3C at an altitude of 1,230 metres).

The strongest wind gusts were in Paximada, Karystos (103 km/hr) followed by Portaria in Magnisia (95 km/hr), Penteli and Ano Liosia in Attica (92 km/hr) and Volos (82 km/hr).

The low temperatures are accompanied by rain and snow at higher altitudes, as well as storms in Egio and other coastal areas, especially in Thessaly, eastern Central Greece, the Peloponnese and Aegean Sea.

Rain and snow is also expected in Attica, while the phenomena are expected to become more intense on the eastern mainland, Southeast Aegean and Crete from the afternoon.

Authorities have warned about the risk to private and public infrastructure due to the strong winds in Evia, Eastern Attica and the islands of the Aegean.

The rain is expected to continue until Thursday morning before gradually subsiding but strong winds will continue to blow in the Aegean.

Ferry services from Piraeus were disrupted due to the high winds on Wednesday, with the scheduled departure of the passenger ferry “Dionysios Solomos” to the western Cyclades islands cancelled and the Megara-Salamina ferry link shut down. Also cancelled were all hydrofoil trips in the Saronic Gulf and a sailing ban is in force at Rafina port for the Cyclades-Marmari ferries and from Lavrio.

Ferry journeys on the Kyllini-Zakynthos and Kyllini-Kefallonia lines are taking place at the discretion of the captain.

Passengers planning to travel on Wednesday are advised to contact local port authorities or their travel agent before setting out, in case of possible cancellations or modifications of scheduled departures.