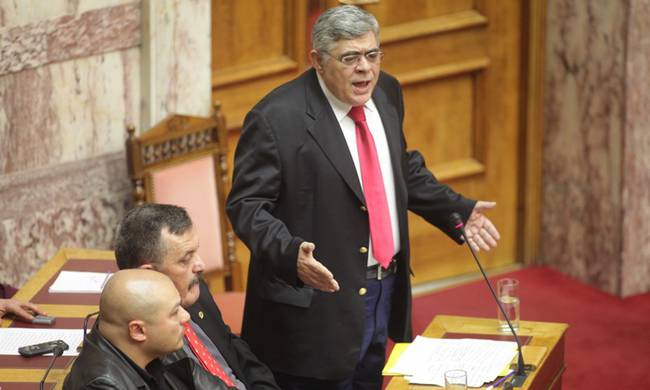 Extreme-right Golden Dawn leader Nikos Michaloliakos condemned both senior coalition party SYRIZA and main opposition New Democracy, reiterating his party’s refusal to give a vote of confidence and future vote for the Prespes Agreement, on Tuesday.

During the debate in parliament on the confidence vote, Michaloliakos referred to the resignation of junior coalition party (ANEL) leader Panos Kammenos on Sunday. “We have come to the infamous divorce with Kammenos, and you will have 144 deputies elected with SYRIZA, one deputy coming from the Union of Centrists, three from ANEL, one from Potami and one from ND. This is a Frankenstein-like government majority,” he charged in his government criticism