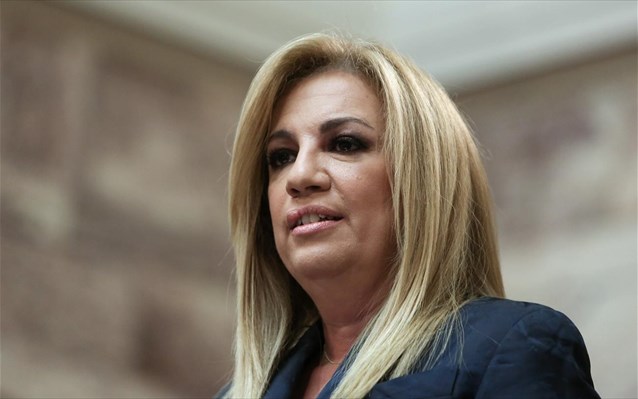 “We are seeking to play a leading role in political developments and we will succeed,” Change for Movement leader Fofi Gennimata said on Sunday at the first meeting of the party’s central committee.

Gennimata lashed out at SYRIZA / ANEL government, stressing that “… in the forthcoming elections, SYRIZA’s strategic defeat and its disastrous policy are important. A policy that lacks national strategy and goals. A policy that weakens the country’s position and opens national issues without any planning while increasing the possibility of a national defeat. A policy that has increased the country’s debt undermining its targets for the next critical years.”

“Our party unites people and works on the basis of the social cohesion. It sets as a prerequisite of any democratic governance a united nation that responds with determination to the challenges of the times. A party that sets new national targets and ensures growth and prosperity in the country,” she underlined.