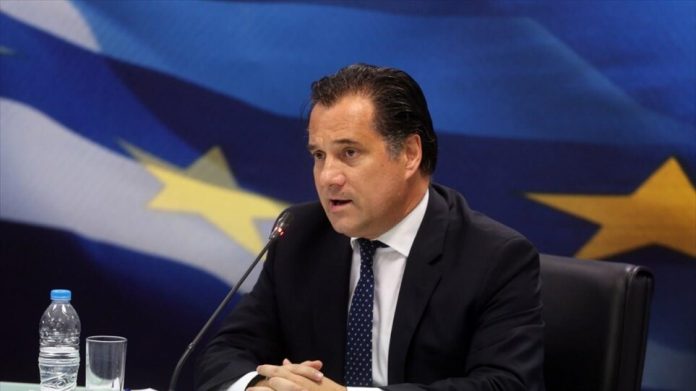 “Apart from a general quarantine, I do not rule out any other measure – for example, the extension of mandatory vaccination,” Development and Investments Minister Adonis Georgiadis said in an interview with ANT1 television on Monday morning.

Commenting on the new measures and the support for the businesses affected, Georgiadis said the government had expected a rise in case numbers to 30,000 a day but that this had come a week sooner than forecast. He also pointed out that the higher numbers had not translated into a greater impact on the health system.

“Whoever is vaccinated and catches the Omicron variant has mild symptoms and recovers in five days, like a cold. Unfortunately, we still have the Delta variant,” he said.

“For the next two to three weeks there will be a great upheaval in our lives because we will have a peak in the pandemic. So long as the pressure on the health system does not increase, there is no prospect for additional measures. If these are taken, they will chiefly concern the unvaccinated. The biggest problem are the unvaccinated over 60 years old and their protection,” Georgiadis said.

He announced that decisions will be made in the coming week on the support of the businesses affected by the measures, mainly in the club and restaurant sectors that were either forced to close entirely or had large numbers of cancellations. Not all businesses were equally affected, he pointed out, and the support will have to be gauged against what the economy was capable of sustaining.

Asked about the cost of private PCR tests for Covid-19, Georgiadis said the government would re-examine the cap, while noting that the costs for large chains and for small diagnostic centres was not the same.

In another interview on SKAI radio on Monday, the minister said that the damage to the market will be small of the current situation lasts for about 15 days but more serious if it lasts longer, as the market has already experienced a small slump.

He repeated that the only way to end the pandemic was through vaccination and said that Greece had managed to strike a balance and to keep its economy open without putting excessive pressure on its health system.