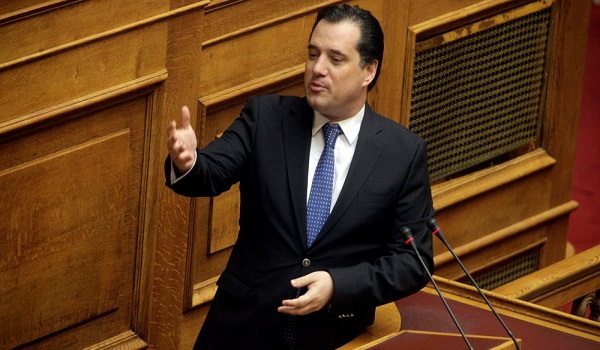 Asked if the government finally succeeds the target of a higher ‘package’ of positive measures in 2019 State budget, Georgiadis said that “when the positive measures derive from the Greek citizens’ overtaxation and not from the GDP’s increase then in reality are not positive but negative measures”.

On Prime Minister Alexis Tsipras and Archbishop of Athens and all Greece Ieronymos agreement on changes in the relations between the State and the Church, Georgiadis underlined “Our agreement with the Church did not raise any problem in the church’s interior”.

Referring to the revision of the Constitution, Georgiadis said “that Tsipras starts the procedure with only aim the non-revision”.

Finally, commenting US Ambassador Geoffrey Pyatt’s statement that “the history will be generous for Tsipras and Zaev” on the Prespes Agreement, Georgiadis said to ANA “The positions of USA, which has recognised FYROM as Macedonia and unfortunately are unable to understand the Greek people sensitivity on the issue, are known”.