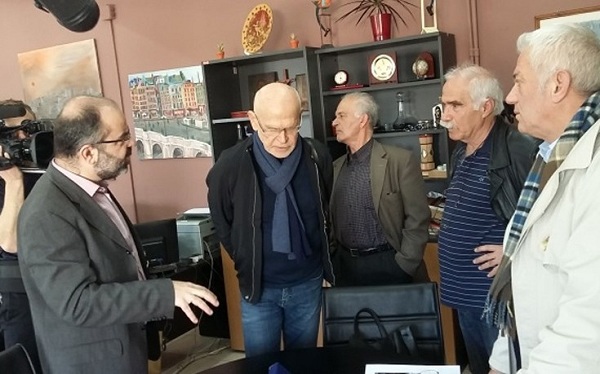 The German writer, investigative reporter and journalist Günter Wallraff, who was jailed by the Greek Junta in 1974, returned as a visitor to Korydallos prison on Friday to discuss living conditions for prisoners.

Wallraff traveled to Greece in May 1974. While in Syntagma Square, he protested against human right violations in the country and was arrested and tortured by the police. After his identity was revealed, he was convicted and sentenced to 14 months in jail. He was released in August, after the end of the dictatorship.

Forty-three years later, he was welcomed by the general secretary of Anti-crime Policy of the Justice ministry, Eftichios Fytrakis, who thanked him for his contribution in the establishment of democracy in Greece. The journalist asked about the prisoners’ life in Korydallos, the visiting hours and their activities. He also toured the prison accompanied by political prisoners who were also jailed in 1974, recalling common experiences and memories from the era.

Fytrakis gave Wallraff as a symbolic gift the “Prisoner’s Alphabet” in English, a booklet given to prisoners to acquaint them with their rights and obligations in the penitentiary system.