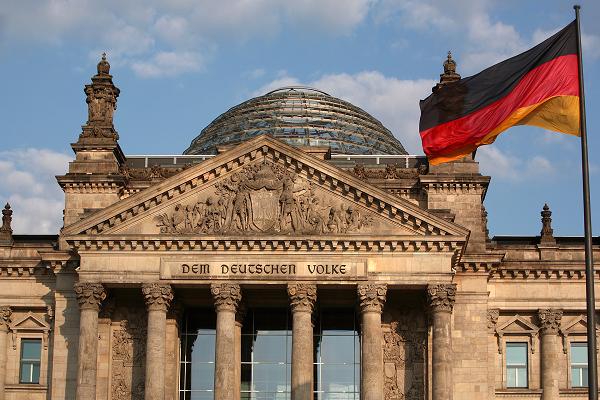 Germany’s national election on Sunday handed a far-right nationalist party seats in parliament for the first time since World War II, marking a major shift in the country’s politics as formerly fringe views enter the mainstream.

Exit polls show the far-right Alternative for Germany party, or AfD, taking around 13 percent of the vote and placing third among all parties. The result is a huge victory for the AfD, which was founded in 2013 by anti-eurozone economists but saw a rapid rise in recent years as it embraced an anti-Islam, anti-immigrant platform.

“We will take back our country and our people,” Alexander Gauland, one of the AfD’s leading candidates, told a crowd of supporters after exit polls came in.

The AfD’s election success is an unsettling development for Germany, which has for decades rejected far-right political movements and held a longstanding discomfort of fervent nationalism. But amid both growing anti-immigration sentiment and a larger fracturing of established party systems in many European nations, modern German politics has shown it’s also not immune to radical right-wing populism.

Much of the AfD’s campaign focused on opposing immigration, Islam and German Chancellor Angela Merkel’s decision to allow over one million asylum seekers into the country during the peak of Europe’s refugee crisis in 2015. Controversial AfD posters filled German streets with anti-Muslim messages and ethnonationalist sentiment, while an online campaign ad blamed Merkel’s policies for terror attacks on European soil.

In a press conference held the week of the election, the AfD’s lead candidates Gauland and Alice Weidel claimed that Islam was a political ideology not a religion and held no place in Germany.

The AfD also pushed the boundaries of publicly acceptable views around the country’s history.
Candidates including 76-year-old Gauland called for the country to abandon aspects of its continued atonement for its Nazi past, even saying that Germans had a right to be proud of the “achievements” of common soldiers during both world wars.

A leaked email reportedly from Weidel claimed that Germany was “overrun” by Arabs and other minorities, while the government was a puppet of the countries that won the Second World War.

But the AfD’s rhetoric also mimicked other far-right populist parties in Europe, attempting to appeal to mainstream voters and shift public perception that it’s too radical to support. The party denies its views are racist or that it holds any sympathy for Nazism, instead presenting its attacks on multiculturalism and Islam as merely wanting to preserve national identity and culture.

Often more extreme sentiment slipped through their messaging, however, including earlier this year when one candidate slammed the country for its public remembrance of Nazi crimes, saying Berlin’s Holocaust memorial is “a monument of shame in the heart of the capital.”

Other parties widely condemned the AfD for its rhetoric and radical views during the campaign. Foreign Minister Sigmar Gabriel likened the party to Nazis, and officials ruled out including the party in any coalition government.

Condemnations from establishment politicians did little to dissuade AfD voters, however, whose grievances against the status quo helped push the party into parliament. Exit polls showed that a large part of the AfD’s support came from eastern Germany where the economy has lagged behind the rest of the country, while the party’s support skewed heavily towards men.

Although the AfD saw the biggest increase in seats during Sunday’s election, several other smaller parties also capitalized on dissatisfaction with Merkel’s Christian Democratic Union and its coalition partner the Social Democratic Party. The environmental Greens and pro-business Free Democrats, for instance, also gained seats as the two largest parties fell in support from last election.

The results were similar to other European elections this year, such as France and the Netherlands, where traditional voting blocs shifted and establishment parties suffered losses.

In those elections, far-right parties also received historic levels of support even as they failed to actually form governments. But in Germany, where the country’s Nazi past previously made support for the far-right taboo, the success of the AfD has special resonance.

The majority of the country will hardly welcome the far-right’s presence, however, and within hours of the exit polls release hundreds gathered in protest outside the AfD election night headquarters in Berlin. Head of the Social Democratic Party Martin Schulz said after the vote that as leader of the party that stood up to Adolf Hitler, he believes that the AfD should be thrown out of parliament.