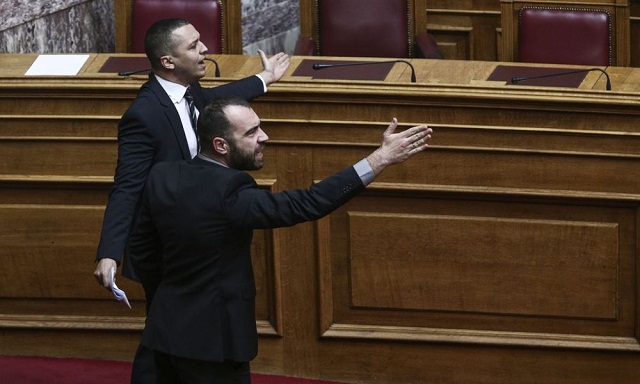 The decision was unaminous, the president of the parliament Nikos Voutsis said.

Golden Dawn will be considered as absent and have no voting right on the bill.