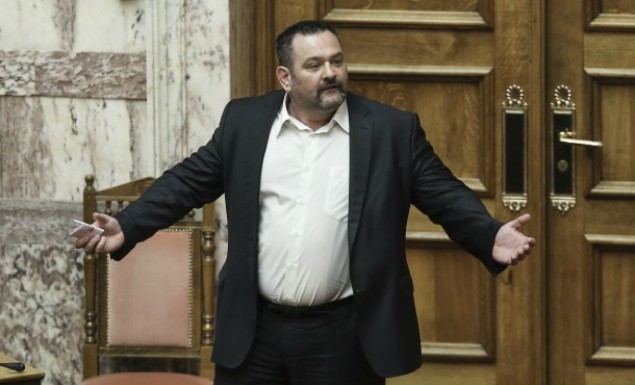 Golden Dawn parliament member Yiannis Lagos was penalized by a parliamentary ethics committee on Monday for his recent rant against Syriza peers.

The committee ruled that Lagos should abstain from parliamentary duties for 15 days and have a quarter of his monthly pay withheld after he accused Syriza members of being “traitors” during a recent speech in the plenum.

When speaking about a letter sent by Pan-Macedonian Unions to Greek deputies, Lagos also described as being “swindlers” and “anti-Greek.” The rant prompted the intervention of deputy parliamentary speaker Spyrison Lykoudis, who called for the removal of Lagos from the room with the help of police.