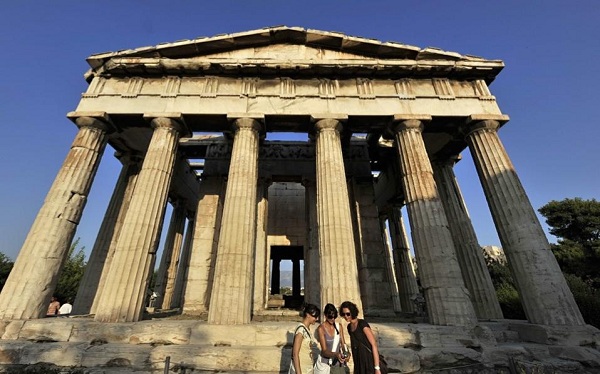 Engineer Sultan Bin Saeed Al Mansoori, Minister of Economy, recently met with Elena Kontoura, Greek Minister of Tourism. The meeting saw the discussion of how to reinforce more cooperation for tourism industry of the UAE and Greece—especially in the exploration of potential investment opportunities and the creation of joint ventures to help bolster the tourism segments of the two countries. The meeting was held in the presence of H.E. Engineer Mohammed Ahmed bin Abdul Aziz Al Shehhi, Undersecretary for Economic Affairs, Ministry of Economy and Mohammed Khamis Al Muhairi, Undersecretary in the Ministry of Economy. Also, present in the meeting was Dionisios Zois, Greek Ambassador to the UAE and several Greek government officials.

In the meeting, both countries agreed on the creation of a joint working team of tourism professionals and experts tasked to create and implement programs aimed to further promote tourism for the UAE and Greece. The committee will also be tasked to explore potential investment projects, particularly in the further development of resorts and entertainment destinations for Athens. The move seeks to throw the spotlight on Greece’s rich history and the presence of many ideal nature-based destinations through the vast expertise of UAE-based tourism companies.