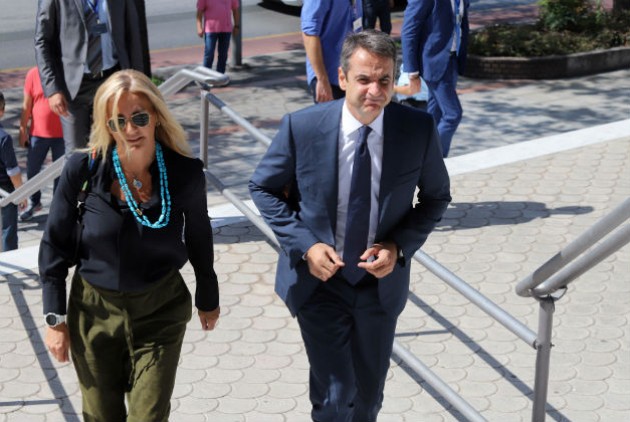 The government’s goal is for Greece to become a pioneer in renewable energy sources, not just in green but also in blue development using marine resources, Prime Minister Kyriakos Mitsotakis said on Tuesday at the inauguration of Enel Green Power’s wind farm complex on the island of Evia.

Mitsotakis said that the new wind farm is yet one more proof of a significant improvement in the investment climate in the country, adding that Greece is changing with new investments and new jobs.

He described the project, as well as the Mytilineos gas plant that he inaugurated two weeks ago, as “a sign of confidence in the government, that supports the productive forces of both investors and workers,” noting that these developments, three months after the election and less than 100 days after the government’s swearing-in ceremony, are not simply coincidental.