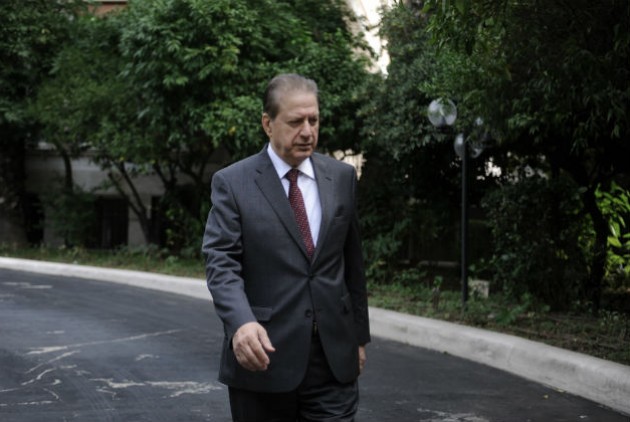 Following a meeting between Prime Minister Alexis Tsipras and former New Democracy minister Vyron Polydoras at the Maximos Mansion on Saturday, the government unveiled its decision to propose Polydoras as the new head of the National Council for Radio and Television (NCRTV).

The bid to curb ND objections and overcome a deadlock that has prevented the formation of a new NCRTV would quickly prove fruitless, however. In an announcement issued shortly afterward, the main opposition party was quick to make clear that Polydoras ‘does not meet requirements’ and that it has no intention of consenting to the government’s proposals.

According to sources close to Minister of State Nikos Pappas, the minister issued a statement appealing for the ‘broadest possible consensus” in regulating the television sector, in the wake of a Council of State decision rejecting the tender procedure bypassing the NCRTV. He pointed out that a tender to issue television licences was a constitutional obligation and responsibility of all political forces.

“It is self-evident in the light of the CoS decision that responsibility for holding the tender and the details of how this is held passes directly to the NCRTV, as was originally provided for in law 4339/15,” he pointed out.

Parliament President Nikos Voutsis expressed hope that the next Conference of Parliament Presidents will be able to form a new NCRTV, with Polydoras as its chairman and Rodolfos Moronis as deputy chairman. He said he had informed the political parties of the proposal ahead of the meeting, scheduled on Monday afternoon.

“Immediately after the CoS decision – as was requested by all the political powers at the last Conference of Presidents – I am working to find a broadly accepted consensus solution that will be approved by the 5th meeting of Parliament Presidents,” he said.

Polydoras himself, in statements as he emerged from the meeting with the prime minister, said he was honoured by the proposal put to him, chiefly as a position of responsibility to “end the short-circuit” concerning the formation of the NCRTV.

“At this time all those able to express an opinion and having the determination for a constructive contribution are, I think, obliged to act,” he added.

Asked to comment on the main opposition’s claims that the decision to propose him was a “communications game,” Polydoras said he was personally “not engaging in communications games and did not see in the spirit of his meeting with the prime minister and parliament president any tendency toward communications gimmicks.”

“I saw a tendency toward consensus, which is also a condition for my own intervention,” he added.