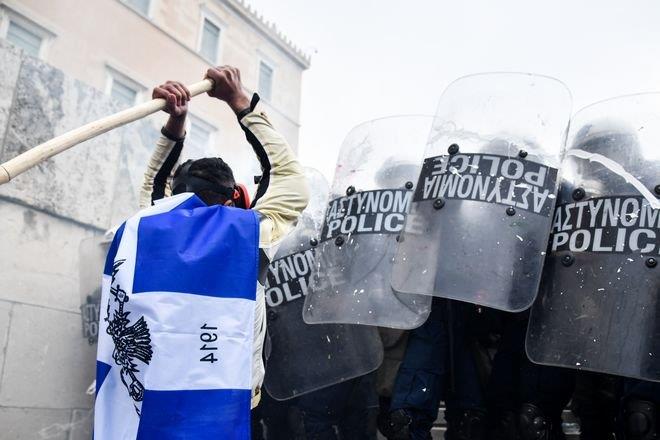 Unfortunately for once again extremists and Golden Dawn members in their attempt to invade the parliament with hoods, stones and clubs, attacked police officers and sent a large number of citizens to the hospitals, said Maximos mansion in an announcement on clashes during a rally in Athens against the Prespes Agreement on Sunday.

“In democracy, the free expression of the citizens is a non-negotiable right, even for those that wish to dissolve it because as they say, they believe that ‘the democracy sold out Macedonia’. At the same time, it is the duty and obligation of those who serve and believe in democracy to not allow it. We should isolate them and unequivocally condemn them”. 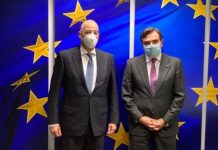