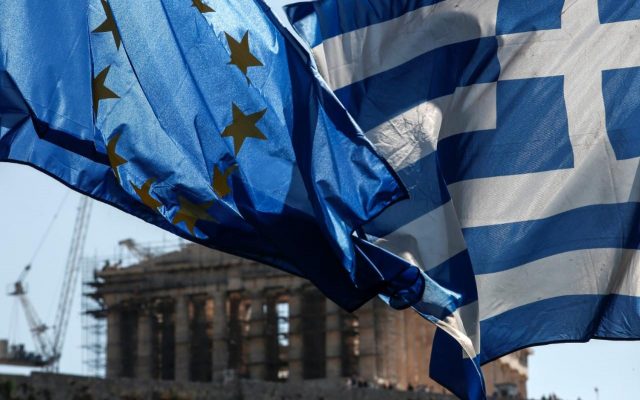 The Greek government aims to complete discussions and reach a staff level agreement (SLA) in time for the Eurogroup meeting on March 20, bridging any remaining differences regarding a change in the fiscal policy mix after 2019, government spokesman Dimitris Tzanakopoulos said during a press briefing on Thursday.

For the first time in eight years we are very close to an overall solution that will create the conditions for a final exit from the memoranda and supervision, he said.

“We are talking about a comprehensive agreement with three pillars,” Tzanakopoulos explained. The first of these pillars, he said, was the SLA relating to the period after the end of the programme in August 2018. This would include a series of issues linked to energy, labour law, out-of-court settlements and changes in taxation administration.

The second pillar concerned the changes in the fiscal policy mix in the year 2019, which would have a zero net fiscal impact and include both “positive” measures and austerity measures.

“We are in ongoing talks and consider that there can be progress in order to bridge any differences that remain and concern fiscal burdens,” the spokesman told reporters.

The third part of the agreement, Tzanakopoulos added, related to the medium-term measures for easing Greece’s debt and the size of primary surpluses after 2019, which was linked to these.

“When we talk about a comprehensive agreement we mean the ability of all involved in the programme to converge on all three parts,” he noted.

Asked whether the revised figures released by Greece’s statistics agency ELSTAT affected the negotiations, the spokesman noted that the main index that concerned the staff-level talks was the primary surplus and that this was not affected by the “marginal difference arising on the basis of ELSTAT’s provisional figures.”

Even after the downward revision, Tzanakopoulos noted, ELSTAT’s figures for 0 pct GDP growth in 2016 were still higher than the European Commission’s initial forecast for a contraction of 0.4 pct, on which the Greek programme was based.