Technical issues related to the 88 prior actions for the fourth review of Greece’s bailout program will be the focus of discussions until Thursday, when representatives of the country’s creditors are expected to leave Athens, a high-level source of the finance ministry said on Monday following the conclusion of the day’s meetings.

Representatives of the International Monetary Fund, the European Central Bank, the European Stability Mechanism and the European Commission are in Athens as of Monday for four days of talks on the agenda and timetable for the next meetings.

According to the source, the talks will focus on the completion of the loan agreement by May and on resolving potential delays. “We would like all outstanding issues to be resolved by June,” the source said, including the issue of debt reduction.

Talks between the government and the creditors will be held at technical level on Tuesday. The heads of missions will hold talks with government officials again on Wednesday and Thursday, before departing on midday. They will return after Greek Orthodox Easter, which is early in April. 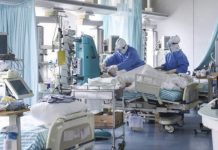