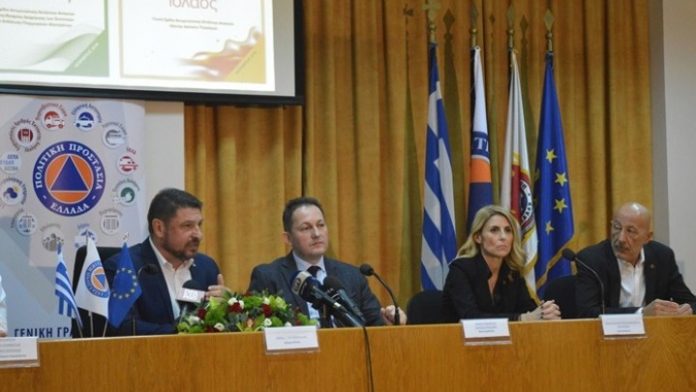 Two new guides laying out the responsibilities of each government department and agency in handling flooding and forest fires were presented at the Fire Brigade’s Unified Coordination Center in Halandri.

The guides, named “Dardanos” and “Iolas” respectively, were presented by a department director of the Civil Protection General Secretariat, with government spokesmand Stelios Petsas and Secretary General Nikos Hardalias attending

Hardalias said the plans end “decades-long irregularities and excuses” and “move from the improvisation phase to the phase of scientific data in dealing with crises.”

A draft plan for civil protection will be released shortly for public consultation, he said, while the remaining guidelines for natural disasters like snowstorms, earthquakes and volcano eruptions will be ready by end February. In addition, the operational guidelines for the firefighting period of 2020 is already completed, he added.

“In Greece, the problem never was about who does what,” the secretary general said. “It was always who is supervising what everyone does, and whether it’s done on time and in time so that every cog helps the wheel turn. We saw several such cogs get stuck in Mati,” he added, referring to the devastating fire in 2018.

He also said that the Europe-wide emergency number 112 will be fully operational by January 1, 2020, but warned it is not a panacea and will only be used for official warnings sparingly, to prevent throwing people into panic.