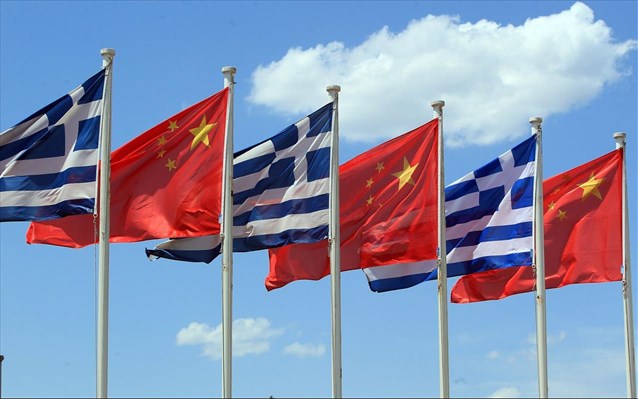 Greece aims to attract between 500,000-600,000 Chinese tourists each year for the next two years, Tourism Minister Elena Kountoura said on Friday, while addressing an event at the Athens Chamber of Tradesmen. Chinese officials, she noted, put this number even higher at one million.

The minister was speaking at an event entitled “Alitrip in Greece: Boosting incoming tourism from China to Greece” organised by the Athens Chamber of Commerce and Industry (ACCI) and the tradesmen’s chamber to present the Chinese travel platform to Greece. The aim, according to Kountoura, was to capitalise on the contacts between the Greek and Chinese governments, working in cooperation with all the agencies involved, from local government to private businesses.

Presenting the Alitrip platform – part of the Alibaba group – was Alitrip Vice President for European Markets Kai Cui, while 50 top Greek tourism-sector companies and agencies attended. Given that the Alibaba “ecosystem” currently has more than 500 million Chinese users and the Alitrip platform is one of the largest in China, the company’s executives believe that a target of one million tourists to Greece over three years can be met.

Kountoura noted that the number of Chinese tourists to Greece had risen almost ten-fold in the last two years, from 15,000-20,000 in 2015 to some 150,000 at present. “This is a significant increase even if this number does not yet satisfy us, given that the number of Chinese travelling to Europe are 15 million,” she added. A key to further growth in tourism would be the start of a direct flight from Athens to Beijing in the autumn, Kountoura said.

The minister also referred to efforts to open new tourism markets, such as South Korea, China, the Middle East, India and Brazil and “rekindle” existing markets, such as Russia and the United States.

“In the last two years, the growth of Greek tourism was at 7 pct – or double the world average. In 2016 we had 28 million arrivals (with cruises) and increased luxury tourism by more than 10 pct. We had a spectacular start to 2017, with prebookings and occupancy in hotels exceeding all expectations from all markets,” she said.