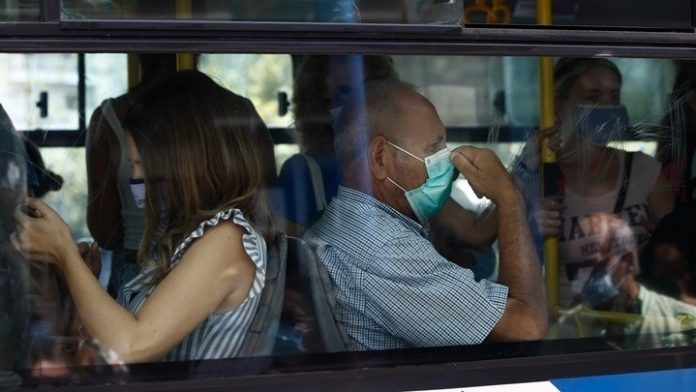 Greece confirmed 358 new confirmed novel coronavirus infections on Wednesday, with 56 people linked to known clusters and 43 detected at the country’s entry points.
The National Public Health Organization announced that all cases since the pandemic arrived in Greece in late February total 16,286 of whom 2,696 are believed to be related to travel abroad and 6,808 are related to known cases.

A total of 73 people are intubated. Their median age is 68 years, 89 pct have an underlying condition or are aged 70 or more, and 20 of them are women.
Another 191 have been discharged from ICUs since the pandemic broke out in Greece.

In addition, another 5 deaths bring the number of fatalities to 357, of whom 132 were women. The median age of the deceased was 78 years, and 96.9 pct had an underlying condition and/or were al least 70 years old.

Hospital doctors will rally at 12:00 at the Ministry of Health in downtown Athens and strike for 24 hours on Thursday for what their federation called “tragic shortages in staff and infrastructure”.

The Federation of Hospital Doctor Associations of Greece (OENGE) said that “67 pct of ICU beds dedicated to Covid-19 are already occupied and the future ahead promises to be tougher.”

They also charged that beds were being redistributed for coronavirus patients, shortchanging patients who had other serious illnesses. “The health system has become a one-illness system, with disastrous results for patients’ health,” they said.