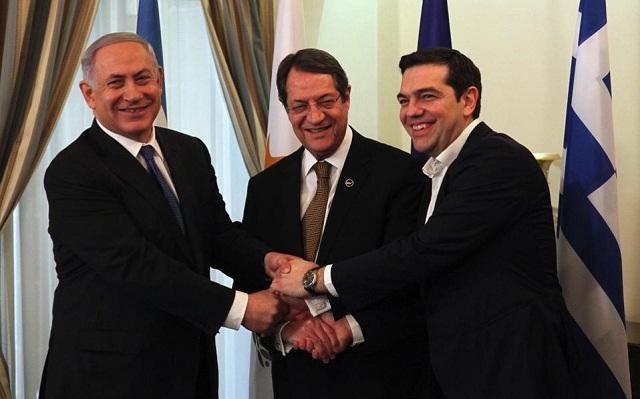 Greece, Cyprus and Israel are establishing cooperation on the basis of the principles of good neighbourhood, Prime Minister Alexis Tsipras noted in a tweet after arriving at the presidential mansion in Nicosia on Tuesday, where he joined Cyprus President Nicos Anastasiades and Israeli Prime Minister Benjamin Netanyahu for a trilateral summit.

“Arrival at the presidential mansion of Cyprus. We thank President @AnastasiadesCY for his warm reception and for hosting the #CYGRIL Summit. We proceed on the principles of good neighbourhood, establishing our cooperation in areas of common interest for the benefit of the peoples,” Tsipras said in his tweet.

A series of issues related to regional developments in the wider East Mediterranean region, as well as energy issues, are on the agenda. Significant agreements will also be signed.