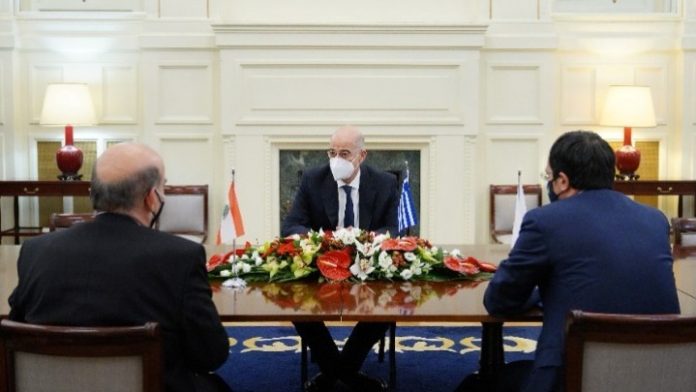 The trilateral Greece-Cyprus-Lebanon meeting at the level of foreign ministers, which took place in Athens earlier on Thursday, has now concluded.

The meeting focused on trilateral political and economic cooperation, dealing with the pandemic and cooperation between the EU and Lebanon, as well as regional developments, with an emphasis on the Eastern Mediterranean, Syria and Libya, according to a foreign ministry post on Twitter.