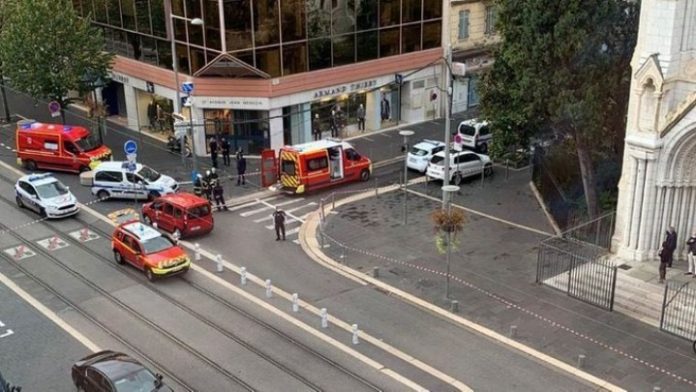 Prime Minister Kyriakos Mitsotakis, in a post on Twitter on Thursday, said that he was appalled by the terrorist attack in Nice and expressed his solidarity with the people in France.
“Profondément choqué par l’ attaque terroriste de Nice. Pleine solidarité envers la France,” Mitsotakis wrote.

The foreign ministry on Thursday expressed its revulsion over the heinous attack in Nice, France, in a post on Twitter.
“We express our revulsion at the heinous attack on Nice. We express our sincere condolences to the families of the victims and our full solidarity with the people and government of France. We are united against violence and hatred,” the statement said.