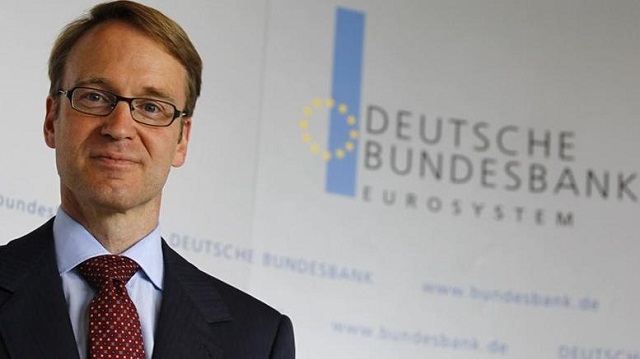 The completion of Greece’s third and final adjustment program on August 20 is not the end of the road for the country’s reform efforts but a “milestone on a long way to recovery,” the governor of Germany’s central bank, Jens Weidmann, told a banking event in Athens on Thursday.

“To announce ‘mission accomplished’ would be premature: the job is not done yet. Many observers have stressed the need for an even more ambitious reform agenda if stronger and more inclusive growth is to be achieved,” he said in a speech at the Hellenic Bank Association (HBA).

This would require additional growth-friendly structural reforms that would bring the economy onto a steeper upward path, and provide greater job opportunities and a faster increase in productivity and real wages, he explained.

After the conclusion of the ESM program, fiscal and economic policies in Greece will be watched closely, he warned, quoting Greek central banker Yannis Stournaras, who said that “the markets will take a tough approach.”

Greece’s challenge in the post-bailout era will be to regain and maintain investor confidence, Weidmann said.

“The route to future prosperity for Greece could lie in proving in the years ahead that it can stick to a sound fiscal path and bring its debt ratio onto a sustained downward trajectory. In such a scenario, markets would become increasingly confident about Greece, and the growing impact of market financing would be bearable,” he said.

The head of Bundesbank added that thanks to agreed debt relief measures, liquidity needs will be rather limited over the coming years and further protection will be provided by the cash buffer.

Commenting on the country’s banking system, he said the severity of the problem of non-performing loans means banks will have to be “more ambitious” in writeoffs and sales of NPLs.

“A more efficient and liquid secondary market for non-performing loans would spread the risks among more actors,” he said.

Deutsche Bundesbank President Jens Weidmann said that Greece has taken large steps towards its fiscal and economic sustainability. Weidmann said that he has a large respect for the Greek people and the way they went through the difficult times.

He highlighted that the path to growth has started but added that August 20, the date marking the end of the country’s bailout, is not the finish but a milestone in the long road towards recovery.