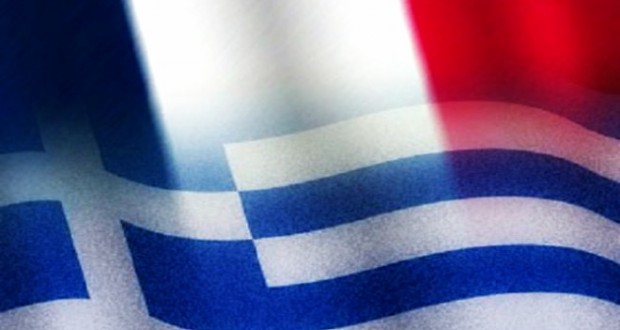 The French Ambassador to Greece, Christophe Chantepy, underlined the communion of views between Greece and France in matters of foreign relations and security, in a Wednesday meeting with military journalists onboard the Latouche-Treville frigate, docked at the port of Piraeus.

“Greece is a sister country, both in the European Union and the NATO alliance. The two countries are looking out for each other and for two centuries have developed close relations in defense and security. We have the same approach to regional issues in the Mediterranean region, we share the same analytical view on the protection of the European Union and we see eye-to-eye concerning foreign relations, civilian protection, security and defense,” said the French official.

Chantepy applauded Greece for its policy in the Balkans and the Southeast Mediterranean, saying that “Greece’s foreign policy incorporates the perils of its geographical position. Greece has been shaping several issues in the Balkans that remained unsolved for years, like it did with the Prespes Agreement. Greece’s foreign policy has also been active east and south and I am referring more specifically to the common policy front concerning Cyprus and Egypt.”

“France is viewing this cooperation very favorably and is happy to have such a partner, because Greece is a friendly country, currently developing its worldview and wants to play a key role in the region and in the EU,” added the French ambassador.

France, Chantepy revealed, wants to actively participate in the Greece, Egypt, Cyprus joint military exercises and has already filed a request towards that effect.

Concerning armaments, the French ambassador stressed that both countries want to develop this relationship further and this explains the ongoing discussions between Greece and the French military industry.

Chantepy concluded by saying that the maintenance of French weapon systems used by Greece, i.e. the Mirage 2000 fighter jets, is also being considered by France.