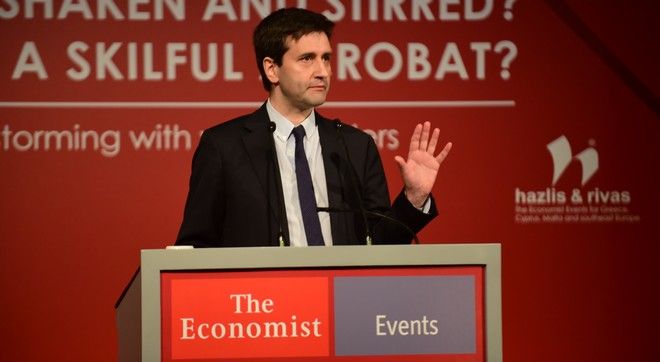 Greece is in the “final sprint” before the end of its bailout program and the country must “avoid complacency”, Alternate Finance Minister George Chouliarakis said on Monday speaking at an Economist Conference in Athens titled “How fast can we grow? Vital questions for America, Europe and Greece”.

The minister spoke of the need for a quick completion of the third review before the end of the year so that the country can focus on building a financial cushion, prepare for a clean exit and specialize the medium-term measures on Greek debt.

He then forecast that the Greek economy will grow 2.4 percent in 2018 and unemployment will fall slightly below 19 percent (from about 20 percent this year). The economy is also expected to achieve a primary surplus of 2.1-2.2 percent of GDP this year (versus a target for 1.75 percent of GDP) and will “easily achieve” the ambitious target for a 3.5 percent of GDP next year, he added.

The minister dismissed the pessimistic forecasts of the International Monetary Fund (IMF), saying that “there’s something wrong with the IMF forecasts and not with the Greek economy”.

“As unemployment is declining and the economy is growing, wages will rise,” he said but admitted that there will be long-term pressures, mainly demographic on the economy.

Speaking on the same panel, Dijsselbloem said that with Greece “we came very close to a crisis, but we have overcome i”, adding however that not all problems have been solved and there will be reforms in the coming years.

He then reiterated his view that the result of the German elections will not affect Eurogroup’s decisions on Greek debt sustainability noting that long-term measures will be discussed in 2018 which will be implemented if needed, based on a growth clause.

“We all promised everyone that we will work hard in the coming months to close the third review and secure a clean exit. The aim is for Greece to be financially independent and sovereign in its decision-making,” he said.

Commenting on the third review, Dijsselbloem said it includes some difficult issues such as privatisations, but the Greek government has pledged to implement the measures that have been agreed on.