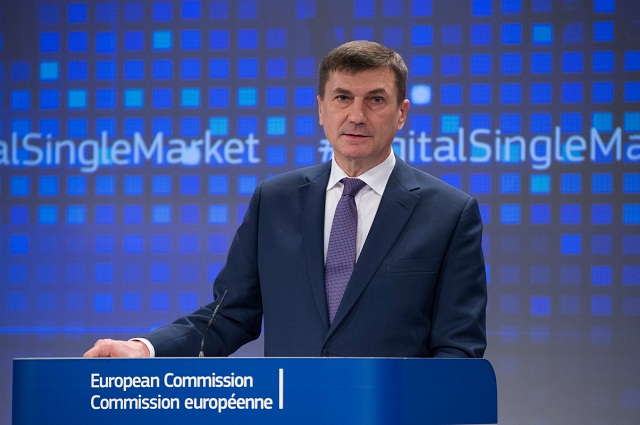 Greece is about to turn the corner after a long period of austerity but only if it continues to improve its performance in the digital market, European Commission Vice President for the Digital Single Market Andrus Ansip said on Thursday in Athens.

“Greece has run an austerity marathon but I believe it is now running the last kilometre, provided that it pays due attention to the digital single market,” Ansip said during a press conference at the European Commission’s Representation in the Greek capital.

He pointed out that Greece still ranks 26th among the EU member-states in this area but last year posted notable progress – the fifth best among all member-states – rising 8.6 pct.

“In the last two years, Greece has paid greater attention to the digital market, it is heading in the right direction but more needs to be done,” Ansip said. The areas that needed to be improved included public-sector digital services, which must offer more efficient and cheaper services to citizens and thus create additional demand in the private sector, he noted.

Greece’s ‘success stories’ in this area included electronic medical prescriptions and the electronic tax portal, but a great deal more could be done, such as the ‘single digital ID’ introduced by Ansip’s native Estonia using a smartcard, he pointed out.

“We have calculated that in this way we save one working week, or 2 pct of GDP, which corresponds to our budget for defence. Therefore the system works,” the Commissioner added.

Regarding the goals of the EU in this area, Ansip referred to the abolition of roaming charges in mid-June 2017 and the compromise decision reached to devote the 700 Mhz band for use by 5G mobile services. The aim is to make 5G technology available to all Europeans by 2025 and ensure that it is available in at least one city in each country by 2020.