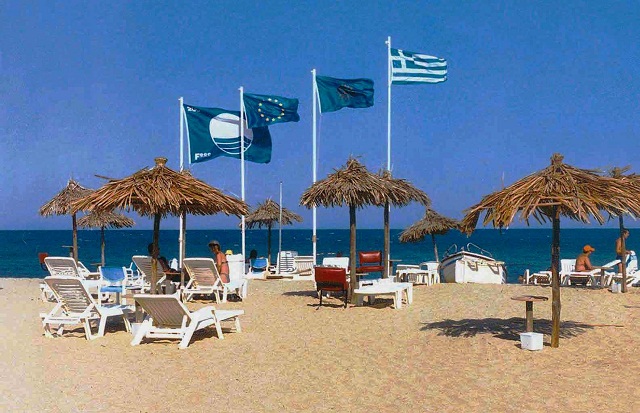 A total of 486 beaches and 12 marinas were awarded with the “Blue Flag” in Greece for 2017 compared to 430 Greek beaches and nine marinas last year.

Greece ranked second in the world on the 2017 Blue Flag quality award list for beaches and marinas, among 47 countries, the Hellenic Society for the Protection of Nature announced.

The Chalkidiki peninsula was the top destination with most flags in Greece as 71 of its beaches were honored.

The “Blue Flag” is a voluntary eco-label awarded to beaches across the world and is run by the independent, non-profit organization Foundation for Environmental Education based in Copenhagen. The EEPF is the program’s coordinator for Greece.