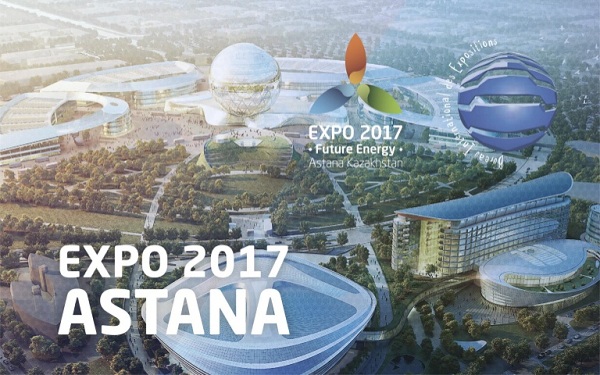 Greece seeks to achieve a radical transformation of the energy sector with a strong social focus, cross-border partnership and security, diversification of energy supply and mostly a change in the energy mixture with a better exploitation of renewable energy sources abundant in Greek nature, Elias Xanthakos, secretary-general of Economy ministry said, on the occasion of the country’s participation in an “Expo Astana 2017” international fair on “Future Energy” to be held in Astana, Kazakhstan, June 10-September 10 2017.

In a special ceremony held at the Economy and Development ministry on Thursday, Xanthakos signed the country’s participation contract at the “Expo Astana 2017” fair with his counterpart from Kazakhstan, Rapil Zosibayev.
Xanthakos said that “Expo Astana 2017” was a very good opportunity to strengthen a close cooperation between the two countries, adding that the fact that the fair was focusing on energy issues was of particular importance for Greece.

Zosibayev said Greece was an important partner in the wider Balkan region and stressed that “Expo Astana 2017” will give a new boost to the economic and cultural relations of the two countries, adding that a Greek diaspora in the region surpassed 10,000 people.

The “Expo Astana 2017” fair is expected to attract more than 10 million visitors.