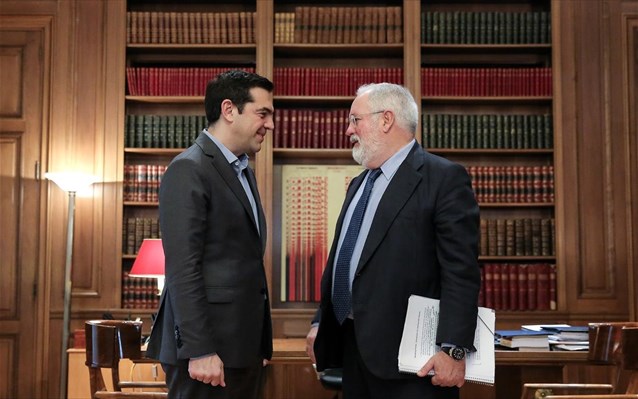 Greece’s central role as an energy hub in the European Union as well as in the wider region of Southeastern Europe and Eastern Mediterrenean was recognised during Prime Minister Alexis Tsipras’ meeting with European Commissioner for Energy and Climate Miguel Arias Canete at the Maximos mansion on Thursday.

Moreover, according to a prime minister’s press office announcement, the two men discussed the development of Greece’s advantages in terms of the country’s strategic position with investments and growth of energy infrastructures.

Towards this direction, the European official expressed the European Commission’s support on the government’s investment plans and the development of available funding tools.