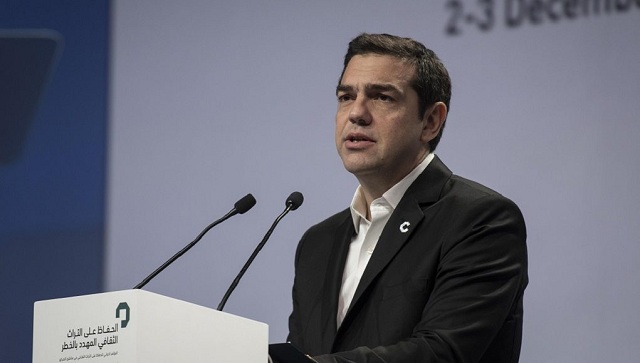 The government has placed special emphasis on research and technology, Prime Minister Alexis Tsipras said, during a visit to the Cretan premises of the Foundation for Research and Technology-Hellas (FORTH) on Thursday.

“Alexis Tsipras has stressed that the government has chosen – from the very beginning of his leadership of Greece and despite the economic conditions – to support research and young scientists, increasing funding by 200 million euros, to start with, and creating a favorable institutional framework,” a statement from the prime minister’s office said.

It is the first time in Greece that expenditures for research accounted for 1% of the GDP, the position of alternate minister focusing on research and technology was established, and the Hellenic Center of Research and Innovation (ELIDEK) was founded, Tsipras said. He also added that new funding tools were being used, like the superfund for holding companies to fund innovative technology.

“Our country’s comparative advantage is its human capital,” the PM noted, “and we must invest in young people and in infrastructures,” adding that “for the next five years, the national target is ‘brain gain’, something we can achieve step by step.”

The PM’s office said he was given a tour of the foundation’s premises in Iraklio by its president Nektarios Tavernarakis and the heads of divisions in the laboratories, where the work that is being produced is of global interest.

Tsipras also met with the president of the European Research Council (ERC), professor Jean-Pierre Bourguignon, who is on a tour of ERC-funded laboratories and research projects.

FORTH was founded in 1983 and is one of the largest and best-equipped research institutions in Greece. It is overseen by the general secretariat of research and technology (ministry of culture), it is headquartered in Iraklio on Crete, and it consists of six research centres throughout Greece.