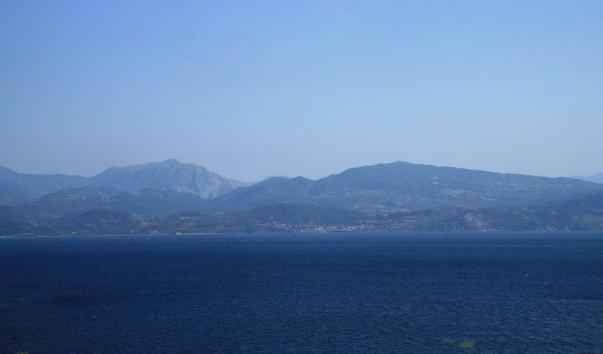 Greek and French scientists from the National Observatory of Athens and Le Centre national de la recherche scientifique (CNRS) are holding a summer school in Patras and Nafpaktos for a second year, on September 22-26, on the geophysical processes taking place in the Gulf of Corinth.

In the framework of the Corinth Rift Laboratory 2017, distinguished Greek and foreign scientists will make presentations to approximately 20 students, as well as to the general public.

Among others, they will discuss issues related to the earthquakes and fissures of the western Corinth Gulf, the territorial deformations of the Ionian Sea, the instrumental monitoring of the Rio-Antirio bridge, and others.

In the wider region of the Corinth Gulf, a coordinated scientific effort has been taking place for about 30 years to better understand the geophysical processes (earthquakes, landslides, tsunamis) in the region. According to scientists, the northern and southern Corinthian Gulf are moving apart at an annual rate of up to 15 millimeters. This is a unique phenomenon in Europe, perhaps all over the world, in areas beyond the tectonic boundaries.