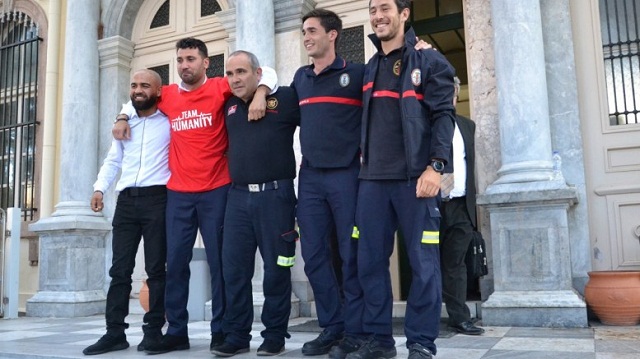 The five were arrested by port authority staff on January 14, 2016 on the territorial water borders between Greece and Turkey as they were trying to help boats with migrants and refugees.

The lead prosecutor had proposed they be found guilty, but the court ruled that the five had not committed the crimes charged and it ordered they be allowed to leave the country, and have all guarantee deposits returned to them.

The trial attracted the interest of European media and was attended by observers from every Spanish party, while the interior minister of the autonomous region of Andalusia testified as witness for the defense.

Testimonies in their defense were also heard from Lesvos SYRIZA Deputy Giorgos Pallis, an NGO captain of a rescue vessel, and an independent volunteer.

Supporters broke into clapping after the ruling and thanked Greek justice for “the decision, which reflects the sense of justice of all of Europe.”

Earlier in the day, Amnesty International had issued a scathing condemnation of the case. In a letter, campaign head Maria Serano had said the three Spanish firemen were on Lesvos to put their skills to use and save children, women and men from drowning. The NGOs’ efforts to save lives at sea should be praised and supported, she added.