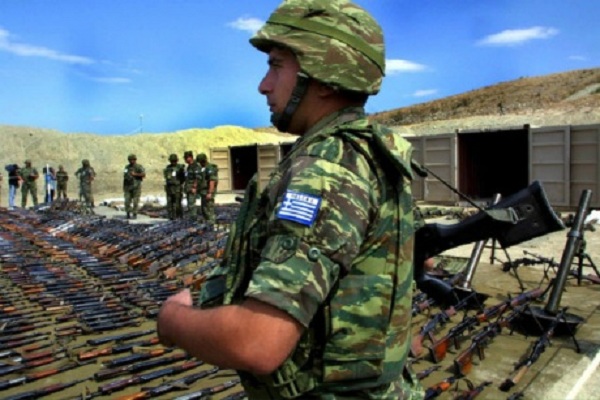 The armed forces of Greece and the United Arab Emirates signed on Wednesday a program of military cooperation in the fields of operational and individual training for 2017.

Meanwhile, the need to continue NATO and EU operations to halt migration and refugee flows in the Aegean and the Mediterranean were discussed in a meeting between Greek Chief of Defense, Admiral Evangelos Apostolakis HN and his German counterpart General Volker Wieker at the Ministry of Defence in Berlin.

Apostolakis is paying an official two-day visit to Germany, following an invitation extended by his counterpart.
During the bilateral talks, they discussed about the present security environment and the existing constructive cooperation of the Armed Forces of the two countries. Both CHODs referred to the refugee crisis, emphasizing the need to put forward policies and practices that strengthen cross-border cooperation in order to enhance border surveillance.

On Friday, (Nov. 25) the HNDGS Chief will visit the Joint Forces Operations Command where he will be briefed on the organization, mission and role.