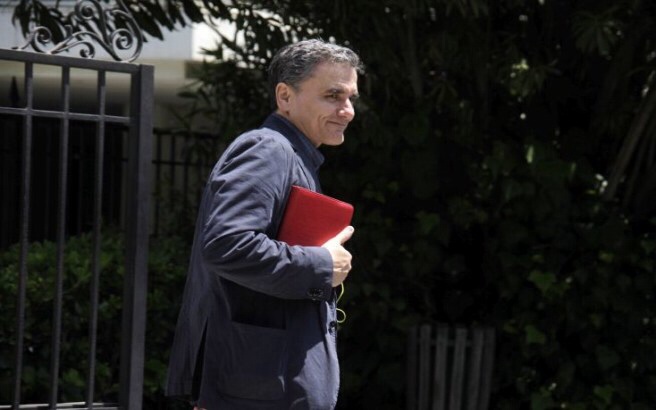 A Eurogroup meeting in February 20 will reach a political decision on the Greek case, Finance Minister Eucled Tsakalotos said during a meeting with the Federation of Industries of Northern Greece (SBBE) in Thessaloniki on Friday, a SBBE announcement said after the meeting.

In the announcement, issued after the closed-doors meeting, SBBE said that the Finance minister, commenting on the expressed concerns of industrialists over a vertical fall in market turnover in December, due to uncertainty over completion of a second review of the Greek program, said: “every possible effort is made, but unfortunately external factor and particularly negotiations between European partners and the International Monetary Fund, are to blame for a not timely reach of a decision”. SBBE said Tsakalotos expected that a Eurogroup meeting in February 20 will reach a political decision.

SBBE said the meeting focused on the excessive taxation of medium and high-ranking executives of the industry and on the fact that during the last three months top executives were massively fleeing abroad. It is obvious, SBBE said, that this trend weakened the Greek industry’s human capital with direct consequences on its competitiveness. The Greek Finance minister expressed his positive response to finding specific solutions.