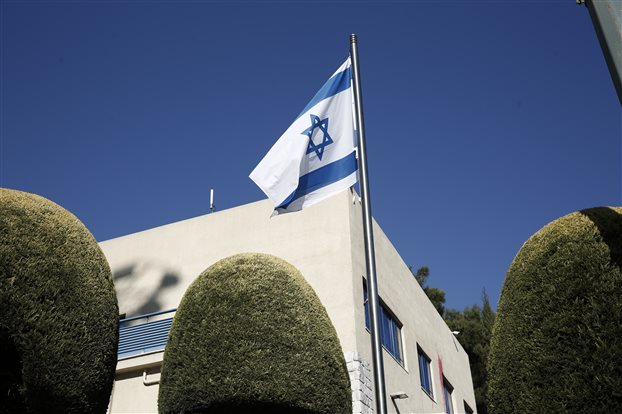 The Central Board of Jewish Communities in Greece (KIS) condemned on Tuesday as “unacceptable and provocative” the controversial comments of a rabbi who attacked the members of the self-styled anarchist group Rouvikonas.

The group’s members threw bottles of red paint at the wall of the Embassy of Israel in Athens in the early hours of December 25.

In a video posted on YouTube, Rabbi Mordechai Frizis, who lives in Israel, called Rouvikonas’ members “cowards” adding that if they had entered the embassy’s premises they would have been dealt with “in the way they deserve […] with a bullet in the head.” He also claimed Israel has a file on all its members.

“KIS believes that these screams of fanaticism and intolerance undermine the smooth coexistence of people with different religious beliefs,” it added, noting that Frizis’ views were one of the reasons he did not remain part of Thessaloniki’s Jewish Community which he briefly served.