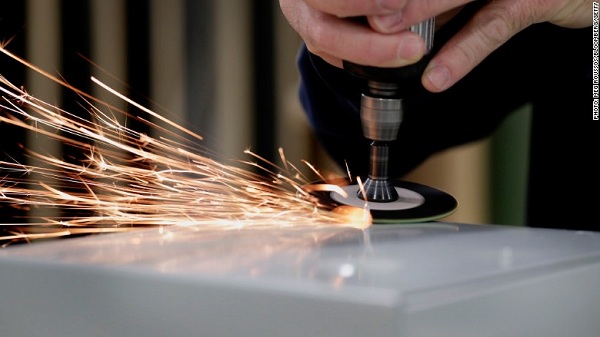 Greek manufacturing sector fell deeper into recession in October as both production and new orders fell in the month, Markit said on Tuesday.

The country’s seasonally adjusted Purchasing Managers’ Index PMI fell to 48.6 points in October from 49.2 in September, to a new five-month low, Markit said in a monthly report. The October figure underlined a slightly faster shrinking of the manufacturing sector, with production levels by Greek manufacturers falling for the second successive month. Weak demand was one of the reasons for the decline in production. New orders volume fell further in October, at a faster rate compared with September, while new incoming orders -domestic and abroad- remained low. New export orders fell at the fastest rate since June, although Greek manufacturers continued raising their workforce for the fifth successive month. Pending works deteriorated significantly in October, while average cost burden rose significantly, remaining on an upward trend for the seventh successive month affected by higher steel and dairy product prices. Meanwhile, Greek manufacturers continued lowering the outflow prices in October, for the fourth successive month. Delivery times slowed in the month.

The PMI measures business activity in the manufacturing sector. Readings above 50 indicate a growing sector, while readings below 50 a shrinking sector.