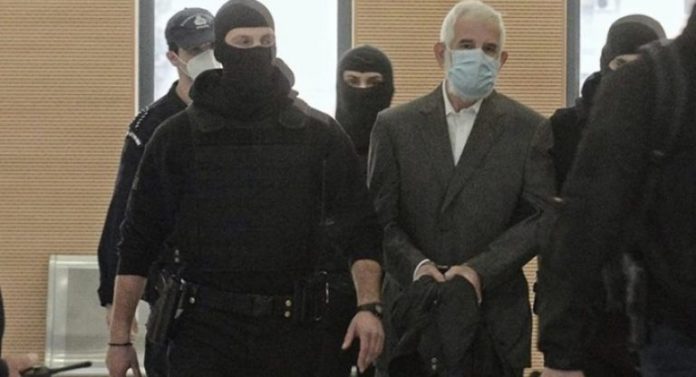 Petros Filippidis arrived at the Mixed Jury Court of Athens shortly before 9 o’clock on Monday morning.

There, the actor will hear the “accusation” of the prosecutor and his victims, giving his battle to defend himself against the serious crimes he faces.

The actor was taken to the courtroom at around 9.30 on Monday morning. It is noted that he was absent last week at the start of the trial, citing a serious health problem he is facing.

His wife and their son also went to court.

Both the complainants and well-known actors were present, who have made public complaints of abusive behavior by the actor.

Two of the three complainants will request that the trial be held in camera during their testimony.

The hearing is expected to begin today and the women who complain about their colleague will be present at the witness stand.

However, it is currently being asked whether their statements will be presented to the public in the courtroom or whether they will speak to the judges about what they claim to have suffered, without publicity.

According to the statements of the defendant’s lawyer, it was informed that the Civil Action today intends to request a closed-door procedure for the depositions of the three complainants, a request that Mr. Dimitrakopoulos hinted that concerns him as he states: “I believe that publicity ensures a more correct and correct judicial decision “.

If the side of the victims, citing protection of private and family life, but also mental suffering of the three women, as defined in the relevant provision of the Criminal Procedure, asks to testify with the doors closed, the court after hearing the prosecutor’s proposal for issue, weigh the data and issue a reasoned decision to accept or reject the request.

According to the indictment that will be read in court, the actor, who was temporarily detained since last July, allegedly raped a colleague in 2008, an act that was done twice, as well as attempted to rape two other actors, in 2010 and 2014.

The two acts, as mentioned in the case file, were performed in his dressing room, where his colleagues were for professional reasons, while in the third case he tried to rape the actress in his car, also after a business meeting he had with the then unemployed victim.

The accused denies the accusations, claiming that the complainants aim at their personal projection by slandering him.

Apart from the three women, other colleagues are expected to testify in court, including the president of the Greek Actors Association.