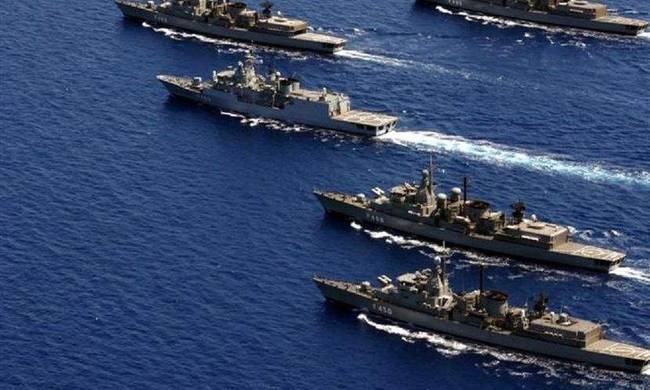 The Hellenic Navy is conducting a naval exercise (“Astrapi”) in the North and Central Aegean as of Wednesday.

Authorities said the exercise was being observed discreetly by Turkish frigate “Barbaros”, as a Greek frigate correspondingly monitors Turkish naval exercises in the Aegean. The “Barbaros” is southwest of Milos island in international waters, heading south.

The Turkish frigate is itself observed discreetly by the Navy’s frigate “Themistoklis”, as customary.

Authorities also said that a US destroyer was sailing northwards off the Kafireas promontory, south of Evia island.

Tension in the Aegean escalated earlier this week when a Turkish patrol boat rammed a vessel of the Greek coast guard in Greek waters, off the islet of Imia, prompting warning messages from the EU and NATO to Turkey to restrain itself and respect international law.